We welcome Dr. Arby Hoobyar to our team of MVO doctors in the Fall of 2022! Please call us at 209-634-8591 to schedule with our team of exceptional eye care practitioners.

The Doctors of Monte Vista Optometry

Meet the experienced and friendly doctors who make Monte Vista Optometry a proud provider of vision care products and services in Turlock. 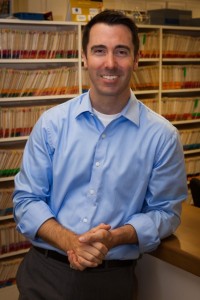 He completed a residency in Cornea and Contact Lenses at Northeastern State University, Oklahoma College of Optometry where he was trained extensively in the treatment of ocular disease, surgical management, glaucoma and the fitting and design of specialty contact lenses.

He has worked as a clinical professor with UC Berkeley supervising optometric residents and interns at Castle Family Health Center in Atwater, CA. He is a member of the afternoon Turlock Rotary Club serving in the past as Chair of the Service Projects Committee, American Optometric Association, California Optometric Association and American Academy of Optometry.

Dr. Irish’s interests include travel to new and unknown parts of the world, scuba diving and many outdoor sports. He enjoys exploring the Central Valley and Sierra foothills with his wife Jessica, son Kellan and their dachshund Cooper. 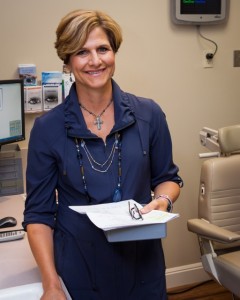 Dr. Chiesa continued her graduate studies at the University of California, Berkeley, School of Optometry. There she received an additional B.S. degree in Visual Science and later her Doctor of Optometry degree. During school she received the prestigious Gold Retinoscope Award, which goes to the most outstanding graduate student. She was also selected for the B&L “Excellence in Academic Achievement Contact Lens Award”.

During her studies, Dr. Chiesa received extensive training in therapeutic management, pediatric vision, low vision, binocular vision, and contact lenses. She worked as a clinical extern in North Carolina where she received in-depth training in treatment of ocular diseases and primary care optometry. She currently sits on the board of the Stanislaus Community Foundation and is a trustee for the Gallo Center for the Arts.

Dr. Hoobyar is a native of Turlock, CA and is proud to be serving the community in which he was raised. After graduating from Turlock High School, he attended California State University, Stanislaus. He graduated from CSUS in 1996 with a degree in biology. He then enrolled in the prestigious Southern California College of Optometry in Fullerton, CA where he graduated in 2000 with honors. From there he completed a residency at the Sepulveda Veterans Affairs Medical Center near Northridge, CA. Here he gained more valuable experience in ocular disease working with patients affected by cataracts, glaucoma, and diabetes. Later, he achieved fellowship in the esteemed American Academy of Optometry. Completing several case reports and passing a rigorous oral examination allowed him to accomplish this goal. In addition, he has completed several hours of glaucoma specific continuing education allowing him to treat glaucoma. Dr. Hoobyar lives in Turlock with his wife and has two children. He is also an active member of the Turlock Sunrise Rotary Club.

“I've been going to Monte Vista Optometry for over 30 years. The staff is always friendly and efficient, and the doctors are first rate. Highly recommend!”

You can schedule your next appointment with us online!